So I've decided to upend my life and give up my trusty old leather wallet. I'm converting to an RFID shielding "slim" wallet! 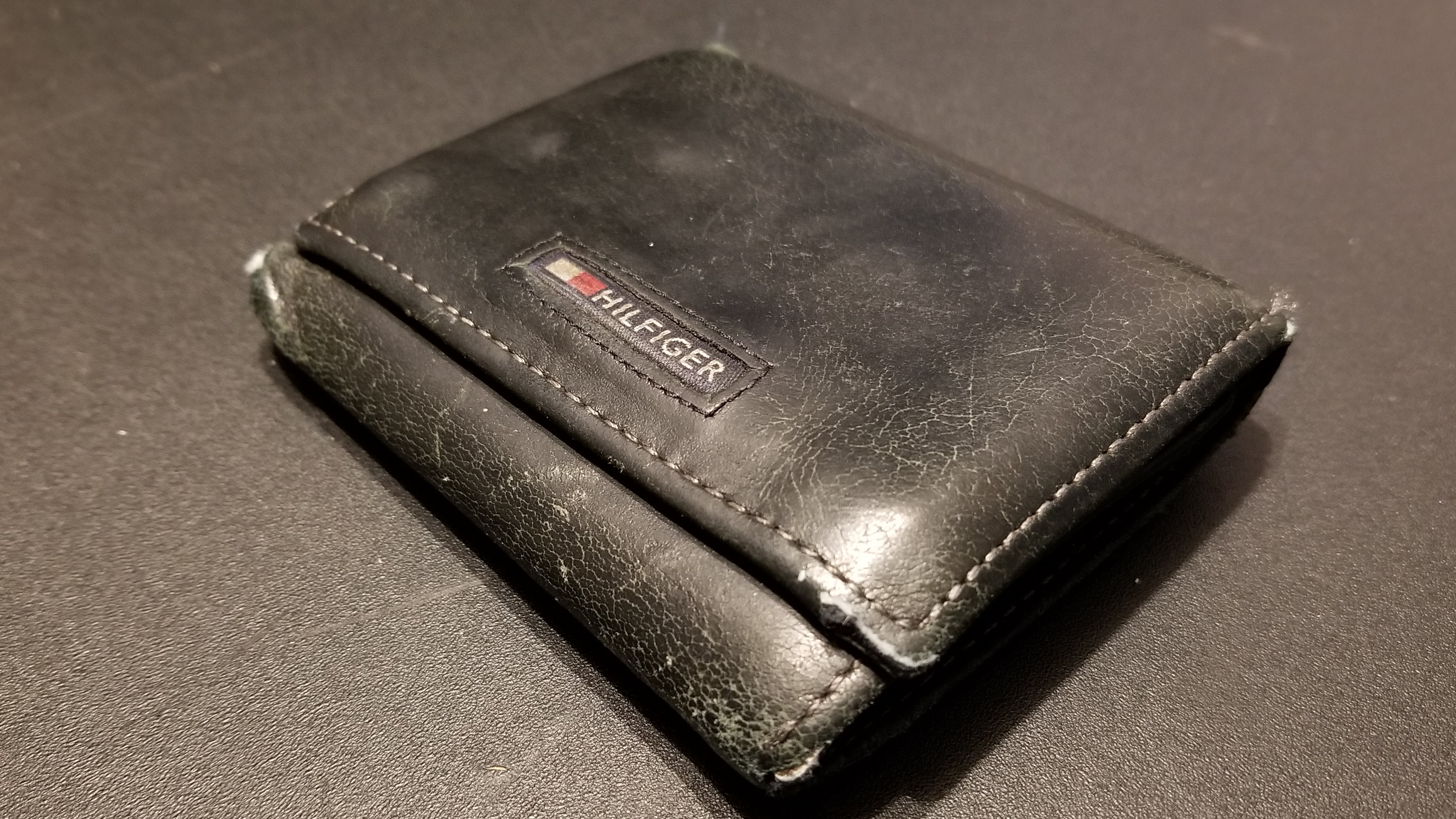 My old wallet has been with me for twelve long years. It was purchased for me by my wife, as a gift, to replace my duct-tape wallet; she hated my ducted tape wallet. This old Tommy Hilfiger wallet has been solid. It has not torn, ripped, or otherwise broken down after going through years of torture. Misuse includes but is not limited to: running through washing machines, falling in a pool, swimming in the ocean, being smashed, crushed, international travel, and being sat on for multiple cross-country journeys. The only issue I've ever had when this wallet has been with it's bulk, which is totally expected given its tri-fold leather wallet. 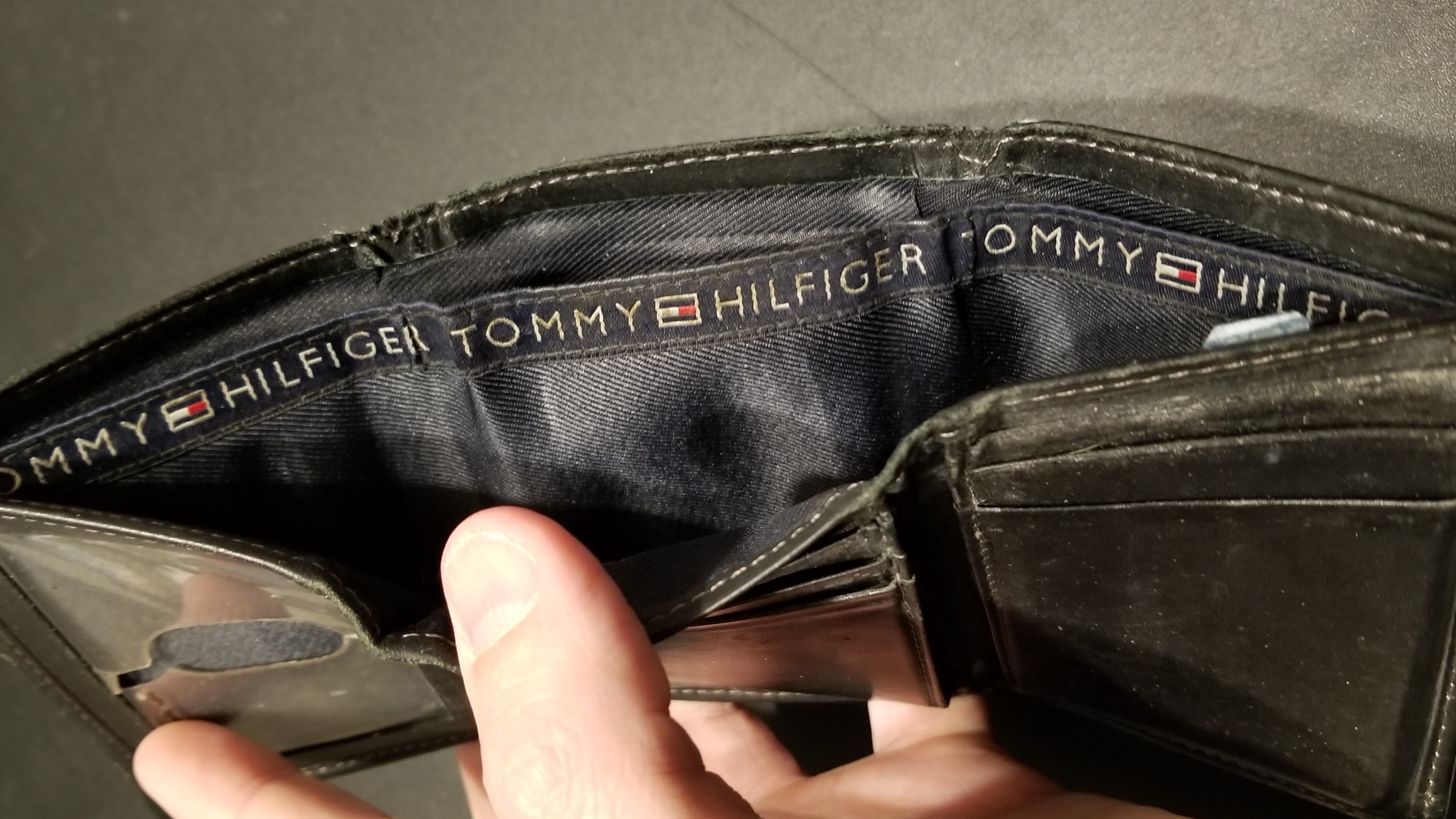 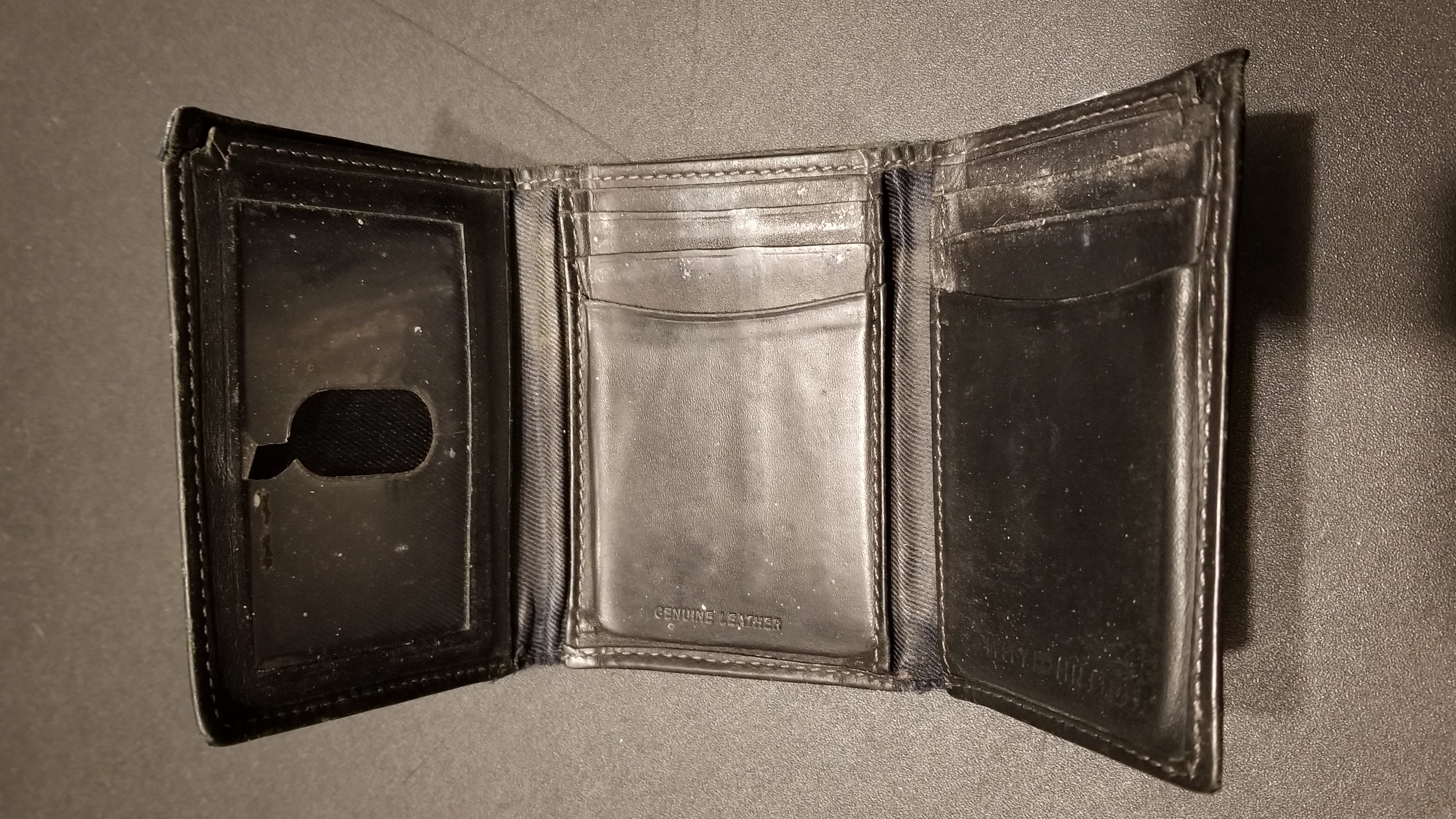 So, after twelve long years my trusty leather wallet is being retired for a new hipster wallet.

I went with The Ridge for a lot of reasons, but mainly because it looked cool. In addition to the primary reasons to buy anything, the ridge also offers a Burned titanium unit with a great guarantee, and has a nice story behind it.

The box for my new hipster wallet is simple and solid. 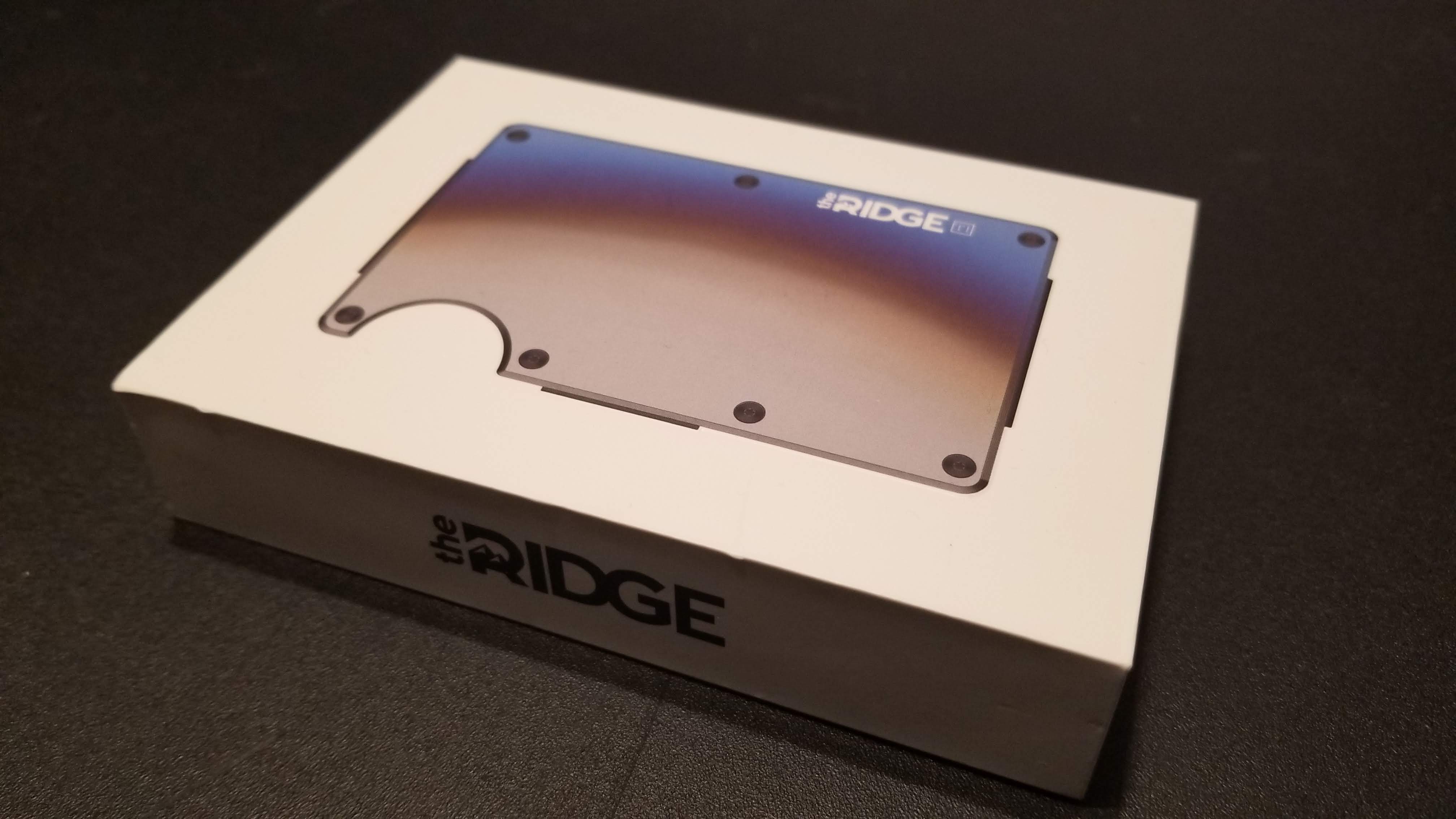 The wallet comes with a maintenance screwdriver which, from afar, looks really nice. 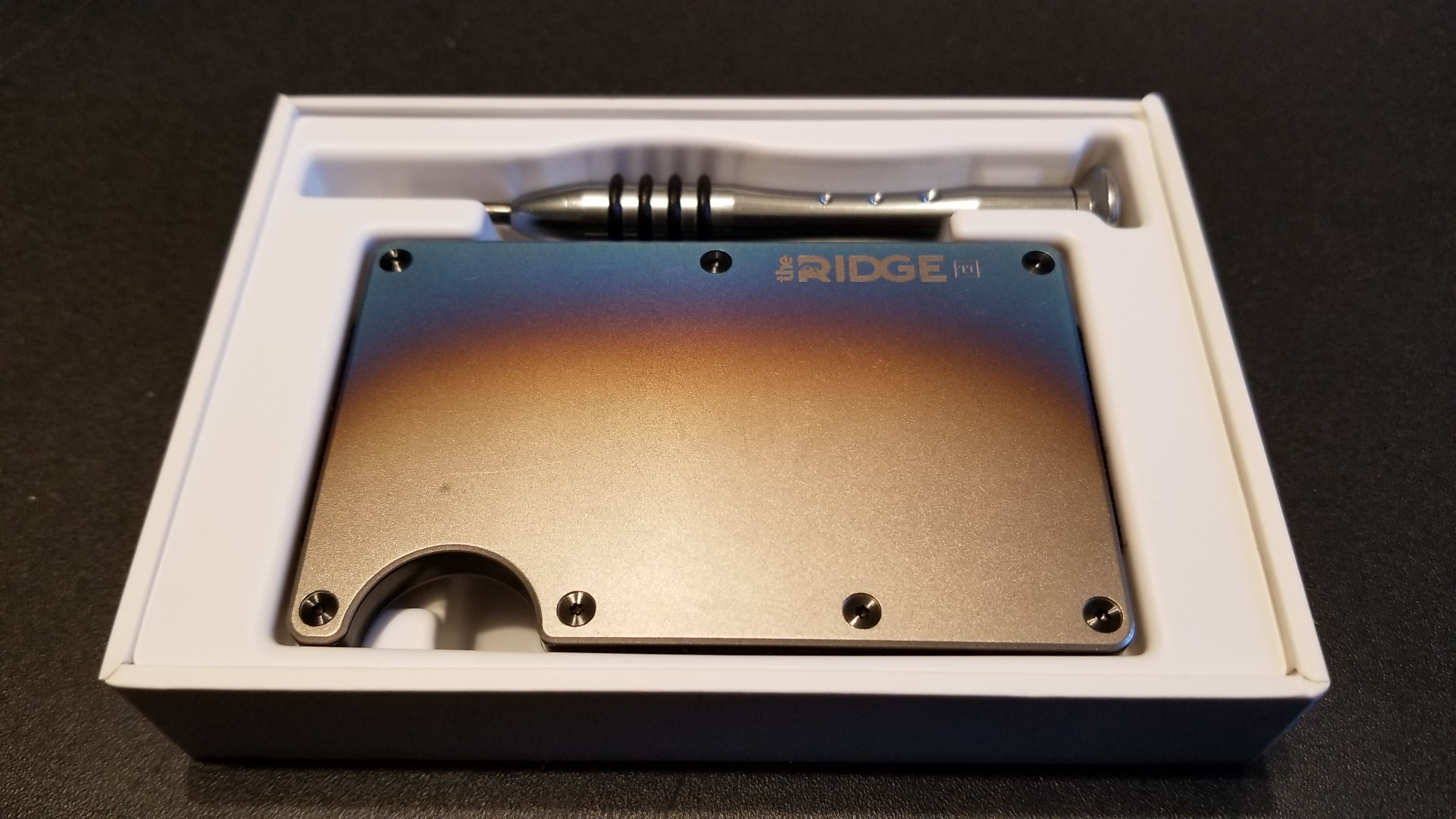 As I removed the wallet and its companion screwdriver from the box the screwdriver fell apart which was almost the end of my new wallet saga. As a first impression I was not impressed with the build quality due to the tool being DOA, however, I got over this initial issue. It was just a cheap screwdriver and if I need to perform maintenance on my wallet I would use a non-cheap screwdriver from my toolbox. Its not like this screwdriver would ever be used in the first place but the fact it came factory broken was frustrating.

finally a comfortable wallet to lug about 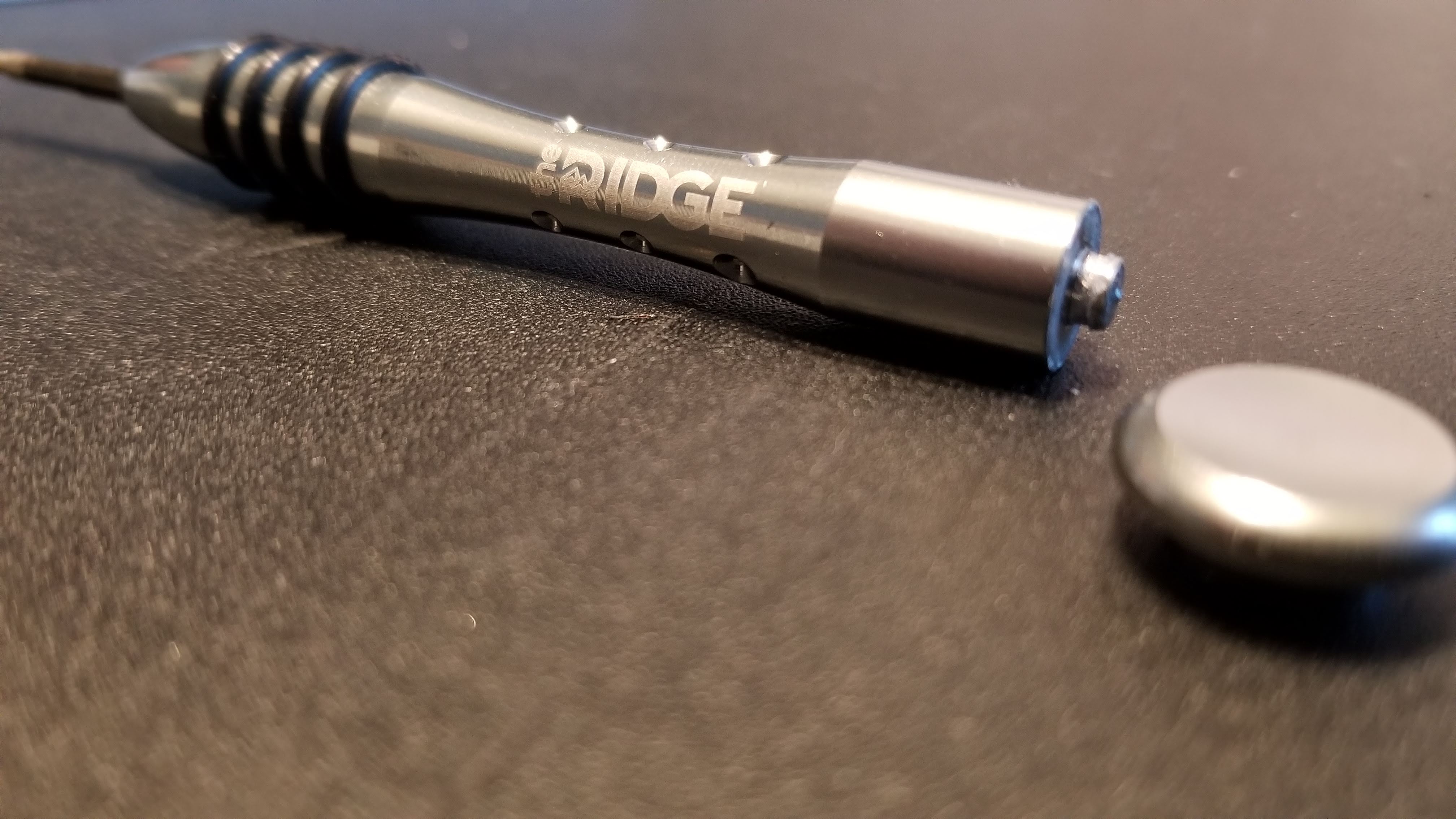 After I transferred my cards and cash to the new wallet I was thoroughly impressed. The wallet is incredibly slim, especially when compared it to my old tri-fold. It takes up little space in the pocket and is comfortable; finally a comfortable wallet to lug about. That being said, its not all perfection. The Ridge does slide around more than my old leather wallet, however, I believe its propensity to move is manageable and just a fact of life for slim wallets.

walking around with The Ridge is a breeze

After nearly two weeks of walking around with The Ridge, in South East Asia, I was thrilled with my purchase. It traveled with me on motorcycles, tuk-tuks, buses, taxis, and airplanes across two countries and three cities. It was simple to operate, once I got the hang of fanning out my credit cards, and I never felt like I was a target for would be pick pockets; the old bulky tri-fold was easy to spot in a crowd. 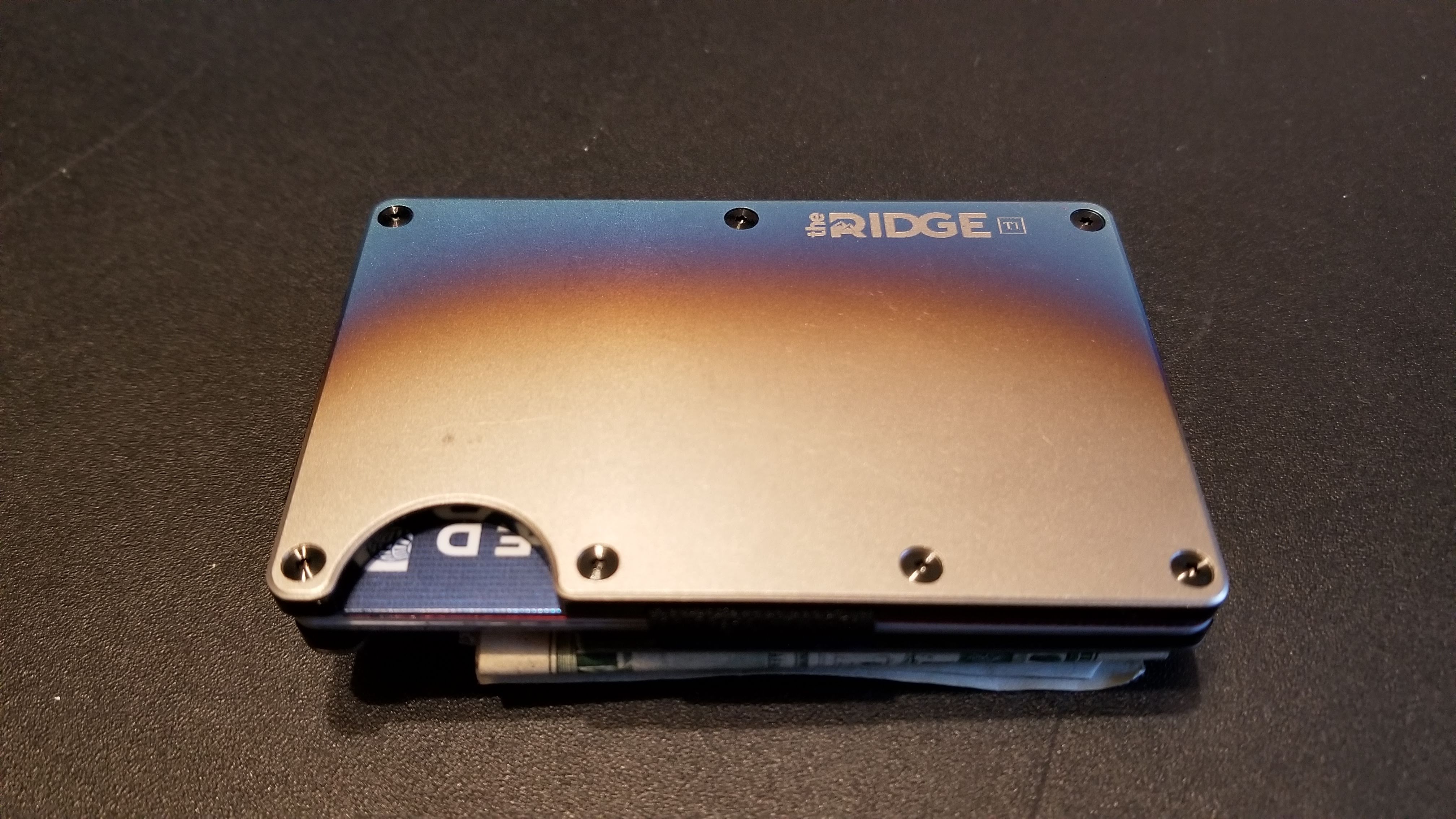 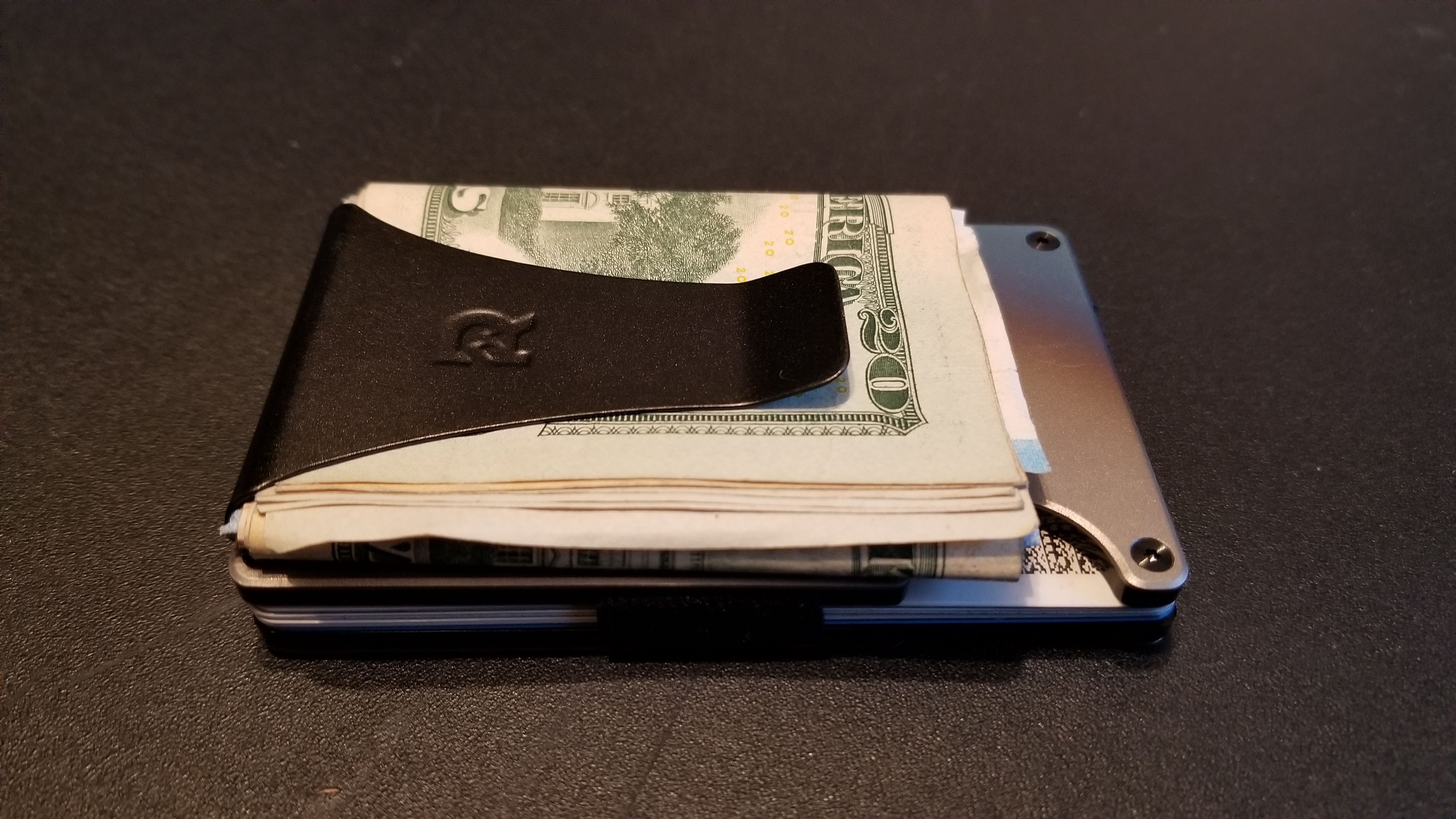 As mentioned, walking around with The Ridge is a breeze. It easily drops into my pocket and is almost invisible. It holds all of the cards I had in my old wallet (8 cards in total) and is more than capable of carrying cash using the "Ridgid" clip (or "Cash Strap", but I didn't purchase that one). I will say I found it worrying to carry my smart phone and wallet in the same pocket. I worried the metal of the wallet would scratch the glass of my device. While I know this is mostly an irrational fear given the metal of my new wallet isn't supposed to be able to scratch "Gorilla Glass", it is something I worried about so I made sure to use different pockets. In addition to the wallet being nice to carry in any pocket, The Ridge has the ability to shield RFID transmissions, which is important for my tin-foil hat sensibilities. 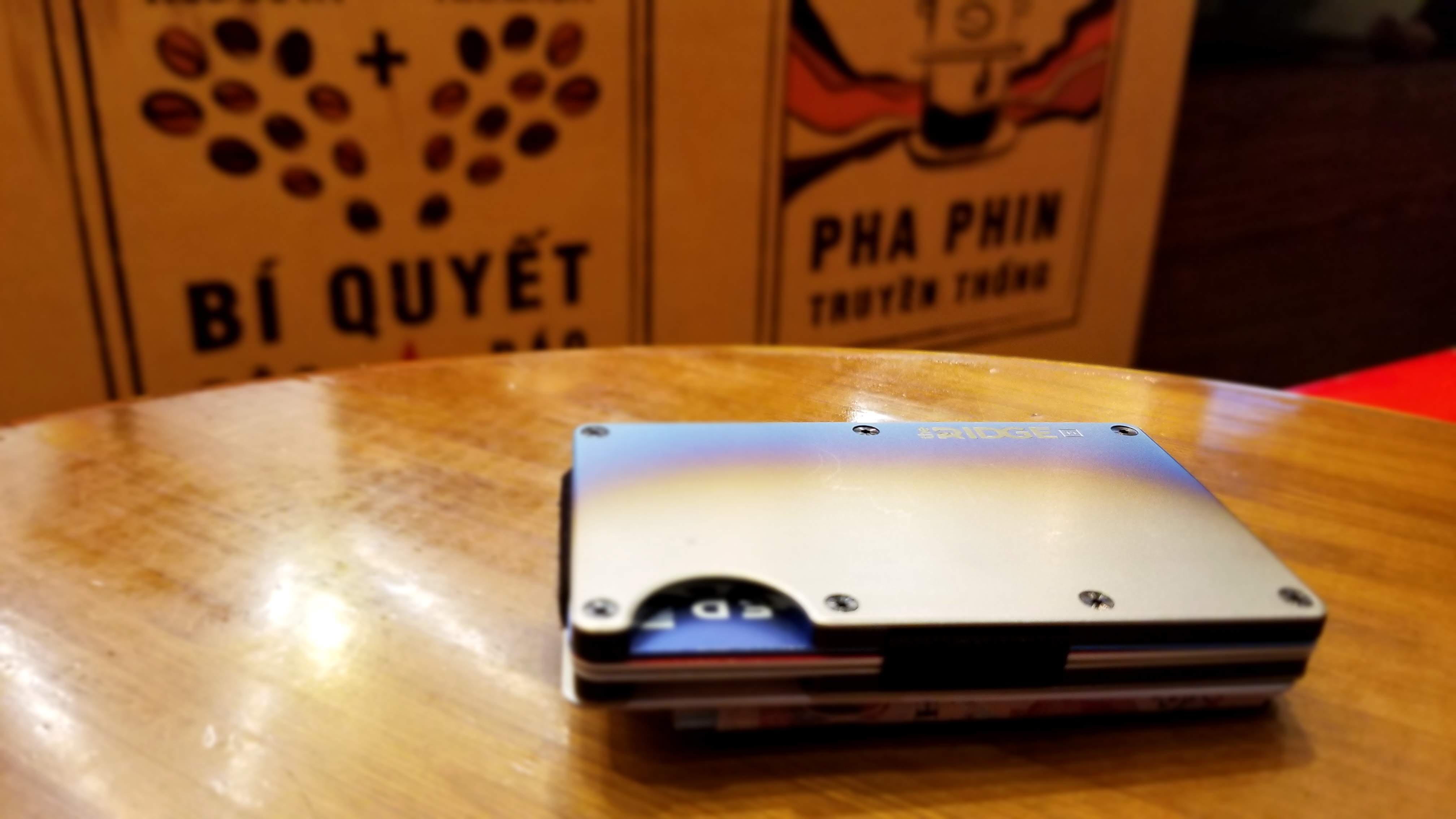 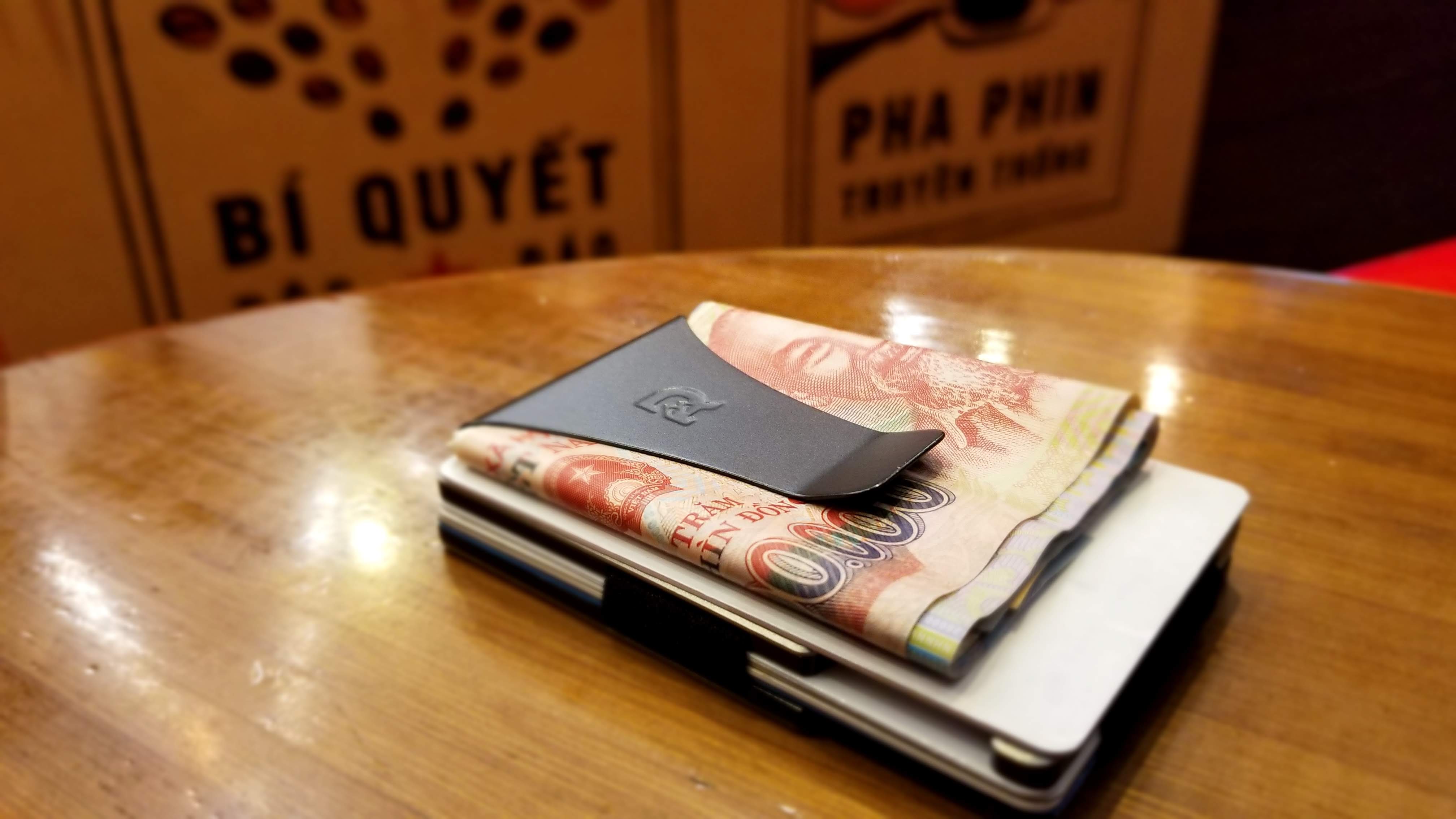 As my pockets continue to adjust to their new companion I'm sure I will learn more about the "do's and don't's" of my new hipster tech, however, for now, I'm left impressed and would highly recommend a slim wallet like The Ridge for anyone looking to minimize what's in their pockets.